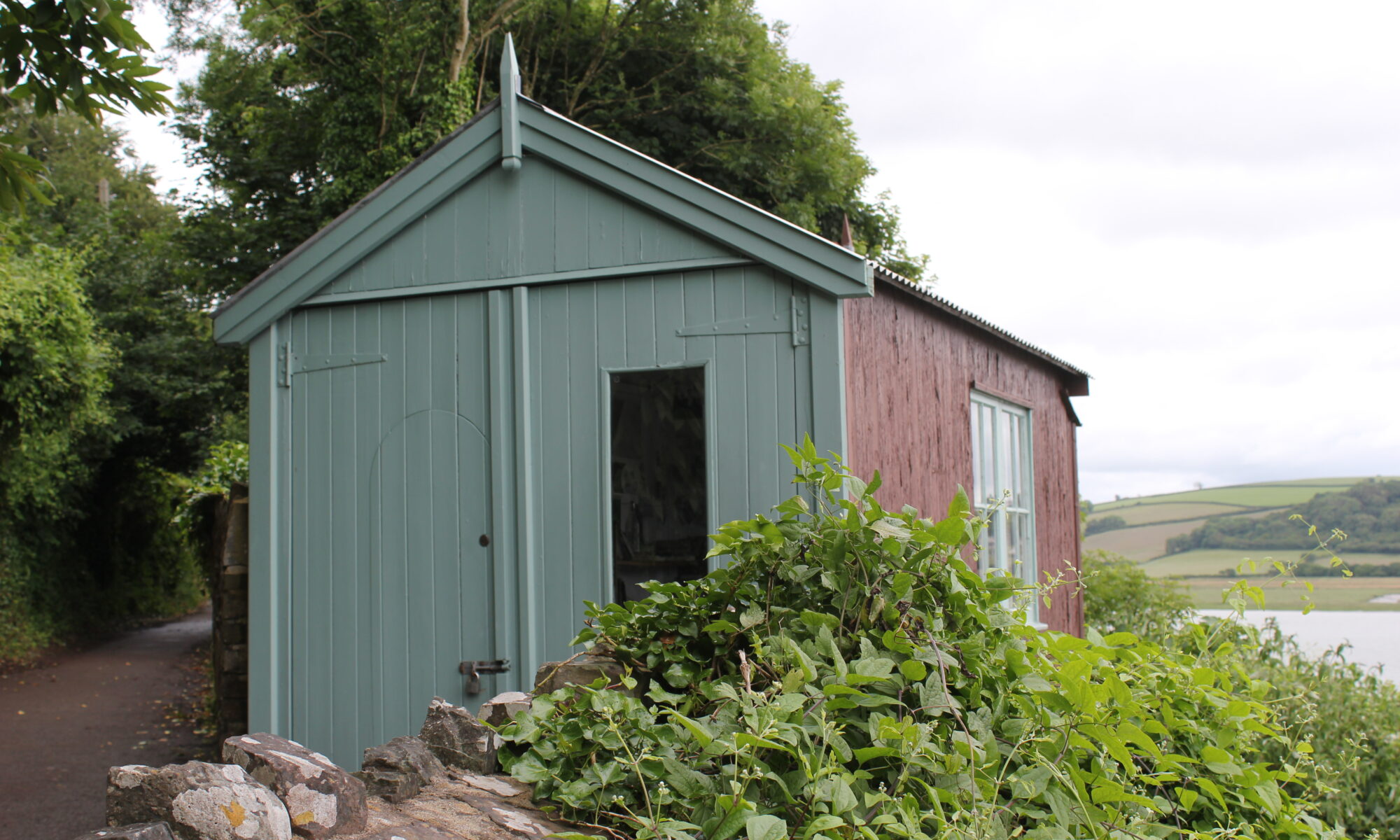 'It is spring, moonless night, in the small town starless and bible black.'

Explore the life of one of the 20th century’s most famous poet’s – Dylan Thomas.

Known as the ‘Rockstar’ poet, Dylan as a poet is one of the most important in the English language. Famous for works such as ‘Do Not Go Gentle into That Goodnight’ and ‘Under Milk Wood’ Thomas is often remembered for his love of drinking as much as his poetry. But was he as bad as we think he was? Make up your own mind as you explore his childhood home, the city in which he grew up, and the village he called home for the last years of his life.

Starting from your hotel or accommodation in/near to Cardiff or Swansea (please contact us if you would like advice or guidance on where to stay) this is the perfect way to explore the life, works, and tragedies of an icon of poetry with a guide who loves, and is inspired by the works of, Dylan Thomas.

Book Online Now
The Boathouse
Home to Dylan, his wife Caitlin, and their family.
Laugharne
This picturesque village has recently been seen in the hit TV series 'Keeping Faith'
The Writer's Hut
Where Dylan wrote many of his most famous poems.
Inside the Writer's Hut
Restored to how it would have looked during Dylan's lifetime, the hut is a hit with tourists.
Dylan's Grave
Be one of the many poetry fans who undertake a pilgrimage to the grave of Dylan Thomas
Caitlin's Grave
Husband and Wife are buried in the same graveyard, even though they had a tempestuous relationship.

Swansea City Centre Much of the Swansea that Thomas knew and loved was destroyed by bombing during the second world war. Thomas saw this bombing for himself, and this led him to write ‘Return Journey’ which we highly recommend reading (or rereading) before the tour. As we explore what is left of the Swansea Thomas grew up in and loved, we will visit locations such as The Uplands Hotel (now the Uplands Tavern) which was Thomas’ ‘local’, as well as Cwmdonkin Park one of the most important locations from Thomas’ childhood. We will also visit The Dylan Thomas Centre, which houses a permanent exhibition about Thomas’ extraordinary life and work.

5 Cwm Donkin Drive was where Thomas grew up writing poetry. Now lovingly restored to how it might have looked when Thomas was young, this intimate museum offers a fantastic insight into the poet’s youth including his relationship with his father whose death inspired the poem ‘Do Not Go Gentle Into That Goodnight. Whilst here you can explore the lovingly restored rooms, including the smallest room in the house – Dylan’s childhood bedroom –  which he described as “a tiny, renovated bedroom, all papers and books, cigarette ends, hardly any light. Very tiny. I really have to go out again to turn around.’

Laugharne and its people are said to have inspired Thomas’ most famous work the play for voices ‘Under Milk Wood’. Described by Thomas as ‘the strangest town in Wales’ and the place he ‘loved beyond all places in Wales’ Thomas would regularly visit this unique town until he moved here in 1938. Perhaps the place most linked to Thomas, Laugharne was home to the Thomas family for 4 years. During this time Thomas wrote some of his most famous poems, as well as part of ‘Under Milk Wood’ in the Writer’s Hut in the cliffs overlooking the river Taf and it is here in Laugharne where both Dylan and his wife Caitlin were laid to rest.

Brown’s Hotel Upon arriving at Laugharne we will take lunch at the famous Brown’s Hotel, which was a favourite drinking spot of Thomas’ during his time in the town. Now a stylish boutique hotel with a stunning restaurant, it is still possible to imagine Dylan sitting in the hotel bar, nursing a pint, watching the inspiration for his characters in Under Milk Wood come and go.

Opposite Brown’s is the house in which Thomas’ parents lived towards the end of their lives. Known as The Pelican it was here where Thomas’ father died in 1952,  and where Dylan’s friends held a wake when news of the poet’s death in New York reached them in 1953.

The Writer’s Hut Almost as famous as Thomas himself, The Writer’s Hut in Laugharne, has inspired the writing shed, huts, and garden rooms of countless other authors including Roald Dahl. This modern reproduction created using photos of Thomas working in the original, gives us an idea of what it was like for Thomas to sit here and write some of his most memorable poems including ‘Over Saint John’s Hill’ and ‘Do Not Go Gentle Into That Good Night’.

The Boathouse is where Dylan Thomas, his wife Caitlin, and their three children lived between 1938 and 1953. Purchased for Thomas by Margaret Taylor, the Boathouse houses some original items owned by Dylan Thomas, as well items such as a photograph of the poet, which travelled into space onboard the Space Shuttle Columbia in 1998! Whilst here you will have the opportunity to explore the intimate space that is The Boathouse, listen to the museum’s documentary about Thomas and his life, and hear how the Thomas estate still regularly visit this much-loved location.

St Martin’s Church is our final stop on this tour exploring the life and works of Wales’ most famous poet. It is in the graveyard where both Dylan and his wife Caitlin are buried. Marked with a simple white cross your guide will give you the chance to quietly visit the grave, before discussing Thomas’ huge legacy as one of the English languages most important poets.

If at any point you would like to indulge in a bit of writing, please let your guide know and they will retime the tour accordingly. In the past, we have had clients write letters (which they have left on the grave) as well as poetry and prose which clients have shared with us (much to our delight!)