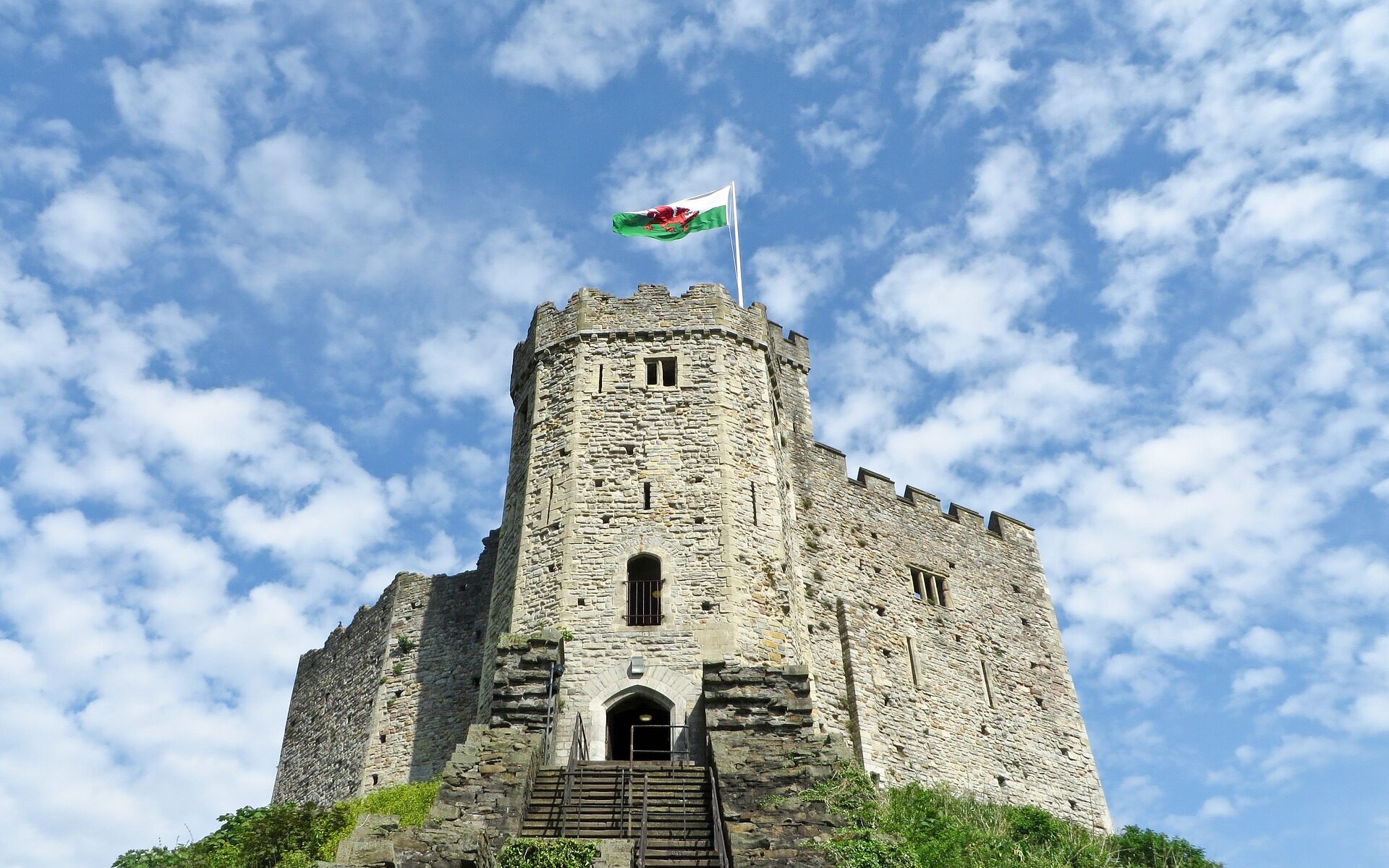 Our Private Day Tour of Cardiff, including Cardiff Castle, St Fagan’s and Cardiff Bay, is the perfect tour for anyone who wants to get to know the Welsh Capital quickly. Whether you are here for a holiday, a flying visit, or are looking to see the capital for any other reason, this day tour is the best way to discover as much as you can in a single day. Led by a local Cardiffian, this day-trip allows you to see the best bits of Cardiff, learn its history, and hear what it is like to live in the city. Best of all, because our guides are locals, they know all the best places to eat, drink, and explore, often away from the usual tourist spots.

While this tour is usually only available for groups of up to 3 people, we can offer tours for larger groups of up to 30 (please contact us for more details). This means that should you want to explore with a group of friends, or a college or university group, you can knowing that you will get precisely the same fantastic tour.

Book Online Now
Cardiff Castle
The one time Roman Fort, was once a Royal Prison and stately home.
The River Taff
Which gives Europe's smallest capital city its name.
Covered Arcades
Cardiff has more of these stunning walkways than any other UK city.
The Wales Millennium Centre
Is the crown jewel in the redevelopment of Cardiff Bay
The Pierhead Building
Which links Cardiff's coal exporting past to its glorious future!

Cardiff Castle Cardiff Castle started life as a Roman Fort, evidence of which is still visible today. Indeed the city of Cardiff gets its name from the old Roman fort, as Cardiff or the Welsh version Caerdydd translates into English as “Fort on the river Taff”. Developed by the Normans, the castle has seen many changes and was once used as a royal prison. Developed further by various English marcher Lords, the castle fell into ruin in the 16th Century. Taken over by the Marquis’ of Bute in the 17th Century, it wasn’t until the 3rd Marquis that the current version of Cardiff Castle came into being. Described as a victorian escapist dream, it is a stunning former stately home and Welsh national treasure. Whilst here, your guide will show you around the castle, including its most interesting historical features such as a million-pound ceiling, the Second World War Tunnels, and the Museum of Welsh Soldering. Finally, you will be able to climb the castle’s keep and see the stunning views of Cardiff.

Saint Mary Street St Mary’s Street has historically been the heart of Cardiff’s shopping district. Home to Cardiff’s famous market and Victorian arcades, full of beautiful boutiques, cosy cafes, and the oldest record shop in the world, this is your chance to explore a part of Cardiff that is not normally seen on a tour. Thanks to the nature of this private tour, you will be able to stop and explore any of the shops that take your fancy. You will also hear how these shopping gems are an integral part of life here in Cardiff from a local guide who has spent many an hour exploring these beautiful arcades with their friends and family.

Spillers Records Spillers Records is the oldest record shop in the world and is a South Wales institution. Everyone who lives in or near Cardiff has brought at least one record from this fantastic part of local history. Regardless of your musical tastes, Spillers will have something for you – often a record that you didn’t even know you needed in your life but which will find its way into your possessions and your heart.

Cardiff Central Market Cardiff’s impressive Victorian covered market is another location that you might not experience unless a local took you there. A favourite with Cardiffians for its diverse range of products on offer, ranging from second-hand books to cakes to fresh meat and fish, the market is a centre of food excellence. Whilst walking through the market you are free to stop and sample the local delicacies, explore the stalls, and spend, spend, spend! Previously home to Cardiff’s Goal (or Jail), it was outside Cardiff Market where Dic Pendryn was executed. One of Wales’ most famous historical figures (although few people outside of Wales have heard of him), your guide will tell you how Dic, a labourer from nearby Merthyr Tydfil, was charged with killing a soldier with a bayonet during the famous Merthyr Rising and hanged on the orders of Lord Melbourne – Queen Victoria’s first Prime Minister – who was Home Secretary at the time of the riots.

Cathays Park Cathay’s Park is one of the finest examples of an early 20th Century Civic Centre. Built on land previously owned by the Bute family, the buildings in this part of Cardiff are constructed using Portland Stone, the same stone as St Pauls Cathedral. Home to Cardiff’s Crown Court, Cardiff University, The National Museum Cardiff, and the Welsh National War Memorial, we will explore why this area is so important and how it was built using the wealth brought into the city by the booming coal trade in the 18th – mid 20th Century. Whilst exploring the civic centre we will also discuss why Cardiff is now one of the most popular filming locations in the UK, and how this sector of the creative arts industry and the tourism it generates to the South Wales area is filling some of the gaps left by the de-industrialisation of Wales.

National Museum Cardiff The National Museum Cardiff, is home to one of the best collections of Impressionist and Post-Impressionist Art in the UK. Its collection, which is spread over 15 galleries, includes masterpieces by Monet, Cézanne, includes Renoir’s famous Blue Lady ‘La Parisienne’ and Rodin’s ‘The Kiss’. Also home to some of the best Welsh art, both modern and historic, it would be easy to spend a whole day in the Museum exploring the world-class collection on permanent display. Sadly this tour can only offer you a taster of what is on show but promises to get you ‘up close and personal’ with as many of the most famous artworks. How did the National Museum manage to collect such an impressive range of art? Your guide will explain all, including who to thank, during the tour. Please note that the Museum is closed on Monday’s. Tours booked on Monday will be unable to visit the interior of the Museum but other locations will be added to the tour by the guide on the day to compensate for this.

Llandaff Cathedral Llandaff is one of the most important Christian sites in Wales. Famous for its stunning cathedral that was heavily damaged by a German landmine during the Second World War, this area of Cardiff is where the author Roald Dahl grew up. As we drive through this quaint area of Cardiff, your guide will point out the Cathedral School, where the young Roald Dahl studied, and the site of Mrs Pratchett’s sweet shop on Llandaff’s High Street which is said to have inspired several of Dahl’s stories including Mathilda and Charlie and the Chocolate Factory.

St Fagans National Museum of History St Fagans National Museum of History is the most popular visitor attraction in Wales. Named Art Fund Museum of the Year 2019, St Fagans is like no other museum that you will have experienced before. Comprised of a collection of historic buildings that have been saved from demolition and transported to the Museum St Fagans offers you the chance to see what living in Wales has been like since the Celtic period. Starting with lunch in the Museum’s excellent cafe which serves a range of hot and cold food, your guide will take you to explore a selection of buildings which we think summarises the Museum’s collection and the history of Wales. This summary includes recreations of an iron age roundhouse and a mediaeval Prince’s court, a former workmen’s institute, a row of terraces that explore the changing lives of people living in Wales, a School House and St Fagans Castle, a Grade 1 listed building and one of the finest Elizabethan manor houses in Wales.

Cardiff Bay Cardiff Bay is the modern name for the old Cardiff Docks, which at their height were the largest coal exporting docks in the world. Owned by the Marquis of Bute, the Jeff Bezos of the day, the area was as multicultural then as it is today. Now the cultural heart of Cardiff and the political centre of Wales, Cardiff Bay is home to the Wales Millenium Centre, Roald Dahl Plass, The Senedd, and the new BBC Wales’ Studios. Whilst ‘down the bay’, as the locals would say, your guide will show you around one of the most interesting and beautiful parts of Cardiff, explain its rich and vibrant history, and explain how Cardiff went from the largest coal exporting docks in the world to the beautiful waterfront you see today.

Roald Dahl Plass Roald Dahl Plass is named after the famous children’s author and son of the city of Cardiff. Educated at Llandaff Cathedral School, he is just one of the famous Welsh cultural icons whose lives are celebrated throughout the city of Cardiff. Roald Dahl Plass’ most iconic feature is the Water Tower, a water fountain built by Nicholas Hare Architects and the sculptor William Pye which is a favourite with locals and tourists alike. Known for numerous events throughout the year, Roald Dahl Plass is sometimes off-limits due to the construction work required to host these events. This said if you are lucky enough to visit when one of the many free events are taking place, such as the International Food and Drink Festival or the Cardiff Bay Beach our guide will be more than happy to show you around these amazing events as part of the tour.