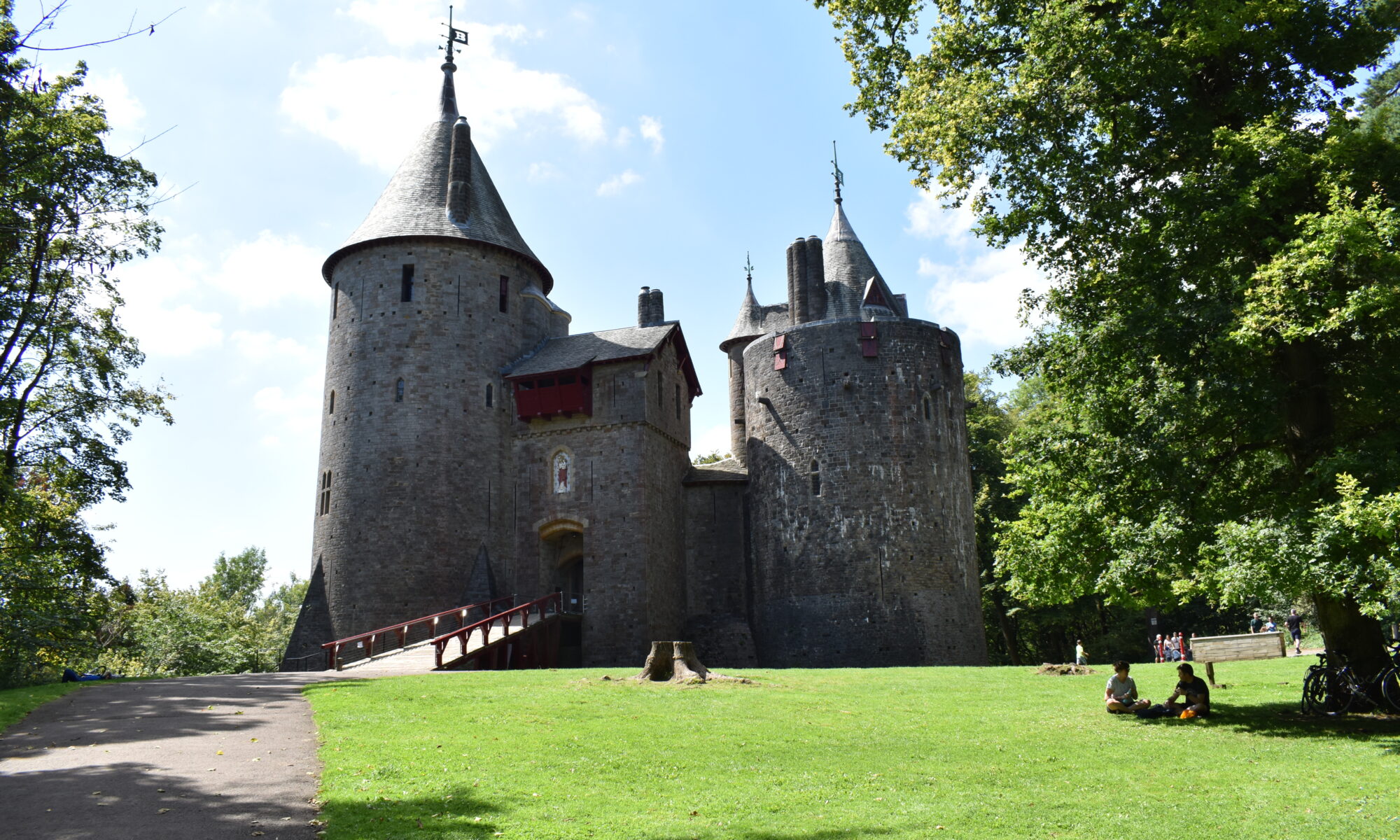 Explore some of the most iconic 'new who' locations.

This day tour is the perfect way to see the city of Cardiff, three of South Wales’ most important castles, and the locations where they filmed Doctor Who. Blending expert history with geeky Doctor Who knowledge this tour will keep everyone happy!

Updated as new episodes are released, this tour is the perfect treat for Whovians of all ages and can be customised to suit your needs or length of stay.

Book Online Now
Cardiff Castle
Cardiff Castle, the onetime summer home of the Marquis of Bute, is one of the most seen locations in Cardiff.
Ianto's Shrine
Ianto's Shrine is a place of pilgrimage to this day.
Caerphilly Castle
Is the second largest castle in Britain and the largest castle in Wales.
Castle Coch
Is a Victorian fantasy with exquisitely decorated neo-gothic interiors.
Llandaff Cathedral
This stunning cathedral was a well known sight for one of the UK's most successful authors. By who was it? Find out on our tour!
The War Memorial from Human Nature
Explore a whole host of locations from all the series of 'New' Who.

Cardiff Castle Cardiff Castle started life as a Roman Fort, evidence of which is still visible today. Indeed the city of Cardiff gets its name from the old Roman fort, as Cardiff or the Welsh version Caerdydd translates into English as “Fort on the river Taff”. Developed by the Normans the castle has seen many changes and was once used as a royal prison. Developed further by various English marcher Lords, the castle fell into ruin in the 16th century. Taken over by the Marquis’ of Bute in the 17th Century, it wasn’t until the 3rd Marquis that the current version of Cardiff Castle came into being. Described as a victorian escapist dream, it is a stunning location for film and TV crews to use and has been seen countless times in Doctor Who, Torchwood, and The Sarah Jane Adventures. Whilst here your guide will show you around the castle, including its most interesting historical features and the locations used for filming Doctor Who.

Womanby Street Explore how the same location can be used in two separate Doctor Who episodes, with two very different Doctors. Starting with “The Empty Child/The Doctor Dances” we will explore how this non-descript location is transformed into 1940’s Blitz London. Then we will discuss how the same location, filmed from a slightly different angle and ‘dressed’ in a different way could be used as Pete’s World from “Rise of the Cybermen/Age of Steel” with not even the most eagle-eyed fans spotting that it was the same place.

Queen’s Arcade Queen’s Arcade is seen in the very first episode of Doctor Who, whilst at this location, you will find out how the Doctor Who team managed to fool everyone into thinking that this shopping centre was in London, and how they worked with the centre management to bring the Auton invasion to life.

The Friary The Friary is another location in Cardiff that is supposed to be in London. Seen in “Dark Water”/”Death in Heaven” two-parter in series 8 it is supposed to be close to St Paul’s Cathedral in the City of London. Sadly due to restrictions on filming with firearms in the City of London these sequences had to be filmed in Cardiff. Did the Cybermen and UNIT team cause a scene in Cardiff when they filmed? Find out when we get to this location.

National Museum Cardiff The National Museum Cardiff has been seen in numerous episodes of Doctor Who, Sherlock and other film and TV productions set and filmed in Wales. Home to one of the best collections of Impressionist and Post Impressionist Art in the UK it is worth a visit even before you consider its links to Doctor Who. Whilst at the National Museum, your guide will show you some of the highlights of the collection as well as the spaces used in filming for Doctor Who – including the room where Gallifrey Falls/No More was displayed in the 50th Anniversary special “The Day of the Doctor”. Please note that the Museum is closed on Monday’s. Tours booked on Monday will be unable to visit the interior of the museum but other locations will be added to the tour by the guide on the day to compensate for this.

Cardiff Bay Cardiff Bay is the modern name for the old Cardiff Docks which at their hight were the largest coal exporting docks in the world. Owned by the Marquis of Bute, the Jeff Bezos of the day, the area was as multicultural then as it is today. Home to the Wales Millenium Centre, Roald Dahl Plas, The Senedd, BBC Wales’ Studio and countless Doctor Who filming locations. Whilst ‘down the bay’ as the locals would say, your guide will show you around one of the most interesting, and beautiful parts of Cardiff, the locations used during the filming of Doctor Who, and its more adult spin-off Torchwood including the internationally famous Ianto’s Shrine.

Castell Coch Castell Coch (or the Red Castle in English) is a unique castle within Wales. Designed by William Burgess for the Marquis of Bute, the Castle and its stunning decorations are not to be missed. Used throughout Doctor Who, most notably as the Osterhagen Station in “Stolen Earth” and as Natty Longshoe’s Comical Castle in “Nightmare in Silver” Castell Coch is a great place to take photos, restage scenes from the show, and enjoy the stunning views over the city of Cardiff