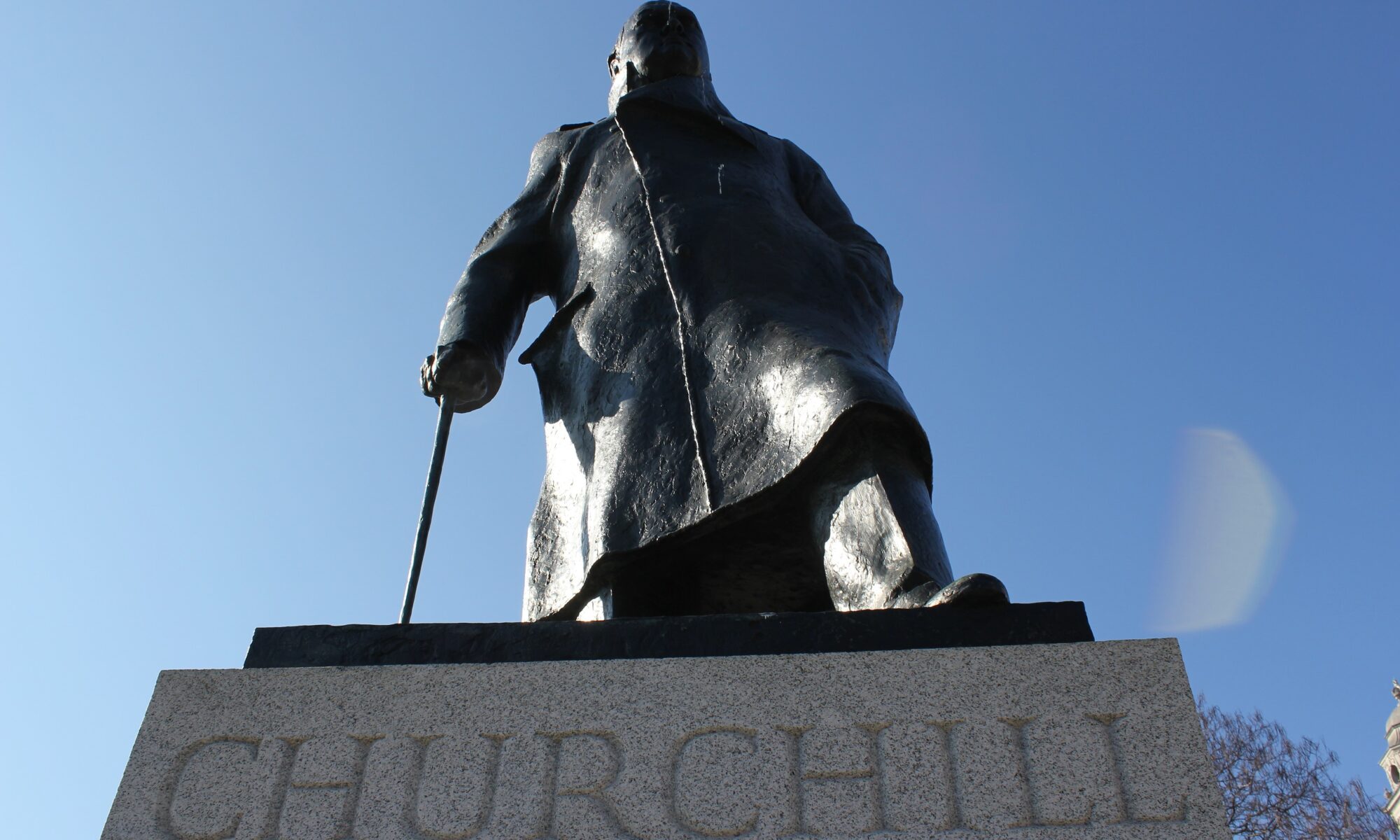 Follow in the footsteps of the greatest Briton who ever lived

Sir Winston Churchill is one of the most iconic figures in British history. In fact, in a 2002 BBC poll, Sir Winston Churchill was voted ‘Britain’s favourite Britain’. Known throughout the world as Britain’s greatest wartime leader, it was Churchill who warned the world of the rise of Nazism and led Britain, her empire, and her allies to victory over the forces of fascism. Churchill was also a devoted husband to his wife Clementine, a beloved father to his children, a controversial politician, an award-winning writer, historian, and a daring soldier. How did Sir Winston manage to accomplish so much?

Remembered fondly by millions, Sir Winston was not without his critics – even during his own lifetime – and today, when we are less prone to hero-worship, some have begun to question Sir Winston’s legacy. Was Winston as faithful to Clementine as some would have us believe? Or was Winston’s link to Lady Castlerose as scandalous as recent research suggests? Did Winston, when he was Home Secretary, order the deployment of troops to quell strikes in the UK’s industrial heartlands? And what about Churchill’s famous ‘Black Dog’ was it depression? Or was it, as some modern mental health experts have suggested, a sign of something else? Find out the answers to these and many more questions on our Private Sir Winston Churchill Walking Tour of London.

Book Online Now
The Allies Statue
This famous statue depicts Churchill chatting to FDR. Smaller guests can even squeeze between them and join the conversation.
Churchill
Find out about the very special relationship that existed between these two great men.
The Royal Academy of Arts
Churchill successfully submitted several paintings to the prestigious summer exhibition here under the name 'David Winter'
Berry Bros. and Rudd
Visit here and have your chance to buy a bottle of Churchill's favourite Champagne.
James J Fox
Visit the James J Fox museum which has Churchill's smoking chair, and buy one of Churchill's favourite and famous Cigars
Lock and Co Hatters
Don't be mad as a hatter! Churchill bough most of his famous hats here.
The Old Admiralty Building
This is where Churchill lived and worked when he was First Lord of the Admiralty.
Churchill in Parliament Square
Discover the significance of this statue of Churchill and Churchill still inspires politicians today.

Bolton Street, Bolton Street Churchill’s first ‘bachelor pad’ which, upon his marriage to Clementine became their first family home. Described as having toy soldier’s loitering around the place and a library stocked with £6,000 worth of books, Clementine was shocked when she moved into Bolton Street to discover that her bedroom had been decorated in Winston’s mother’s taste! Whilst still in private ownership, the exterior views of Churchill’s old home give us the chance to discuss Churchill as a young man, including his relationship with his mother and his wife, both of who could be difficult, but adoring.

Berkeley Square, Berkeley Square is the one-time home to Lady Doris Castlerosse the ‘Mistress of Mayfair’. A well-known demi-monde and a scandalous figure, Lady Castlerosse was linked to Jockey’s, Journalists, Actors, Authors, members of the aristocracy and the nouveau riche. Known for her ‘liberal attitude towards sex and her very public affair with her husband’s principal rival Randolph Churchill, she would go on to have 4 portraits painted of her by Sir Winston compared to Clementine’s one. Today, and in the 1930s, rumours claim that Doris Winston’s mistress. But did Winston really stray? And did Doris, as some suspect, have plans to blackmail Churchill and possibly bring down the government during Britain’s darkest hour?

Churchill And Roosevelt Allies Sculpture This statue stands as a monument to the two great wartime leaders, and the special relationship that links Britain and the United States of America. Designed to capture the intimate friendship between Churchill and Roosevelt, the statue was unveiled by Princess Margaret in 1995 to celebrate the 50th anniversary of the end of the Second World War. Now a popular tourist attraction, this is the perfect place to take a photo, and discuss the great men, their friendship, their differences, and some of the outrageous stories that surround them both.

Burlington Arcade, Burling Arcade is one of the finest shopping arcades in London and is full of its own unique shops, characters and history. Outside the world-renowned jewellers ‘Hancocks,’ we will discuss their role in the creation of the Victoria Cross (or the VC as it’s sometimes known) the highest honour for bravery in the face of the enemy. Whilst enjoying the view of some of Hancock’s finery your guide will explain how during the Second World War there were 181 recipients of the VC and will reveal the story of Captain Charles Upham – the only man to receive the VC twice!

James J. Fox & Robert Lewis, when we think of Churchill we always think of his famous cigars, and it is here where Sir Winston (or more accurately Sir Winston’s staff) purchased his cigars. During our time here we will visit the James J Fox museum (not available on Sundays or Bank Holidays) which contains a selection of letters, intimate items, and objects linked to Sir Winston Churchill’s smoking habits. Should you wish to enjoy one, or more, of Sir Winston’s favourite Cuban cigars, then this is also an opportunity to purchase them from the very same shop! Please note that visitors from the USA may purchase and transport 100 Cuban Cigars from the UK back to the United States. Should you wish to take any of your cigars back with you, our guide and the staff at James J Fox can advise you on how to transport them for your return journey.  For more details, please contact us.

Berry Bros. & Rudd, if you were to try to drink as much as Sir Winston did you wouldn’t have made it this far on the tour! Whilst outside Berry Bros & Rudd your guide will explain all about the business’ unique history, including its tradition of weighing people. Known for supplying royalty (including the current Queen and The Prince of Wales) as well as Prime Ministers, celebrities, and some of the best parties in town, Berry Bros & Rudd is one of the world’s leading wine merchants. Whilst here our guide will reveal details of Sir Winston’s infamous drinking habits, including asking for a glass of white wine for breakfast throughout the Second World War, as well as some of his most memorable alcohol-related one-liners. Should you wish to purchase some of Sir Winston’s favourite drinks, including his favourite type of Champagne then our quick stop at Berry Brother’s & Rudd is highly recommended! (Sadly we are unable to stop here on Sundays due to the shops opening hours) And your guide will be more than willing to help you make a choice of drink which would make Sir Winton proud.

Churchill War Rooms, the final stop on your journey exploring the life of Sir Winston Churchill will be outside the Churchill War Rooms. If you wish to visit the war rooms then we highly recommend you book your tickets in advance for 3 hours after the start time of the tour. If you have not booked tickets, you may be disappointed as queues in peak months can last for several hours! After a quick history of the War Rooms, their importance, and Sir Winston’s role in their creation, even though he was not in government at the time, your guide will depart leaving you to enjoy the rest of your day.