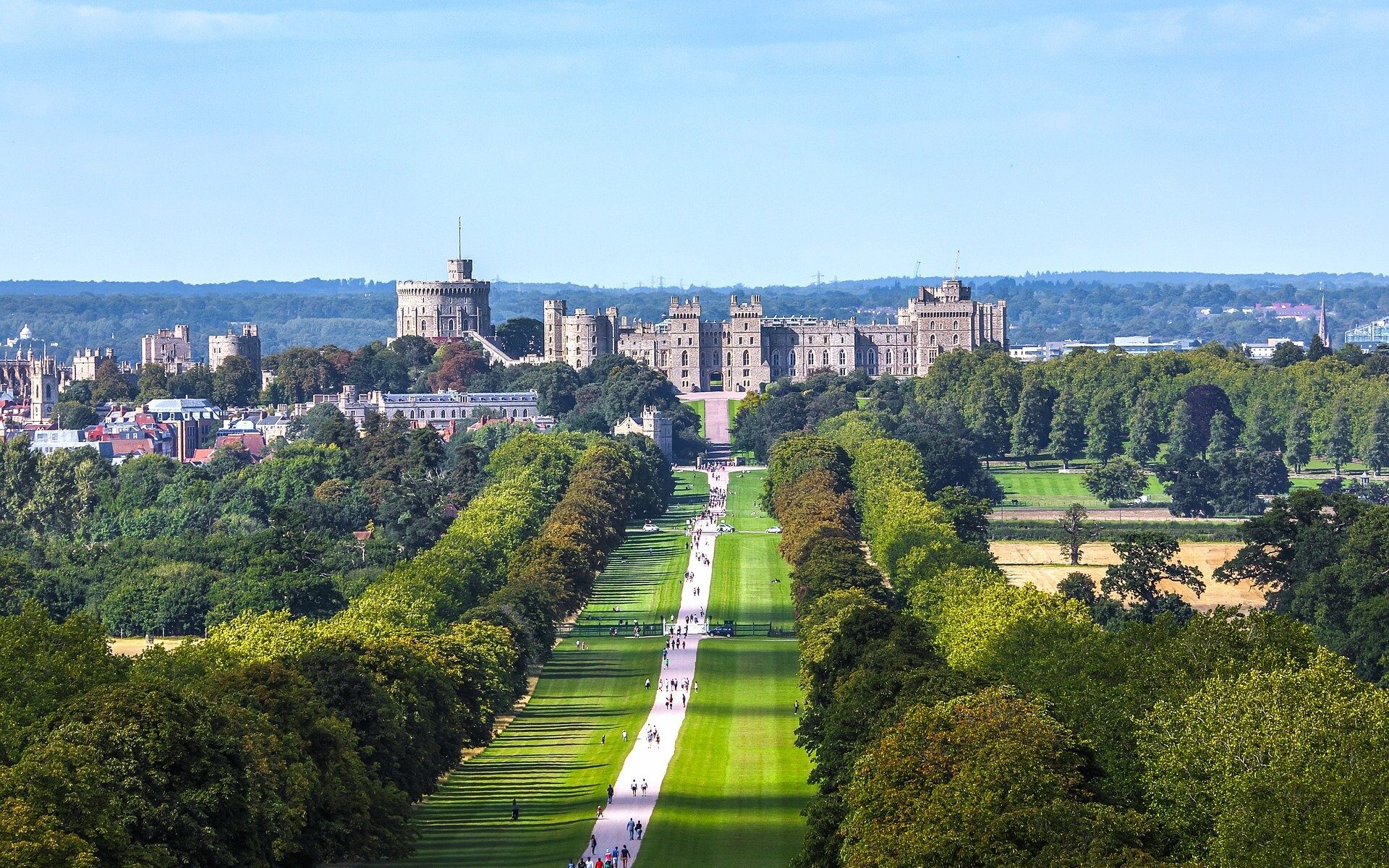 See the best of London, and the Queen's country home!

No other tour offers you the chance to see the best bits of central London, including the Changing of the Guard ceremony, and Windsor Castle. Unlike other tours where you may sit for hours in traffic trying to get to Windsor, our tour takes the train which gives you the chance to relax, enjoy yourself, and chat with your guide. Best of all the train tickets and entry to Windsor Castle is included in the cost of the tour, so you don’t need to worry about navigating online ticketing systems, currency exchange rates, or long queues on the day.

Starting at your hotel, or Piccadilly Circus, we will take you to some of the finest locations in central London, position you perfectly for the Changing of the Guard ceremony, and show you the best parts of London’s political landmarks. When at Windsor our expert guide will show you the amazing sites that the castle has to offer, including St George’s Chapel, the magnificent staterooms and the grounds before seeing you safely back to London.

Book Online Now
The Life Guards on Horseback at Horse Guards Parade
Have a chance to have your photograph taken with one of the Horseguards, one of the Queen's military bodyguards.
The Blues and Royals on Horseback at Horse Guards Parade
Learn about the two different regiments of Horseguards, their real military function, their role as royal bodyguards, and their history.
Buckingham Palace
This is where we will stop to view the Changing of the Guard (when available). It's also the perfect place for a photo!
Westminster Sign
Explore the sights and history of one of the world's most desirable destinations.

Piccadilly Circus At the start of our tour, we will explore the history of the sites that surround Piccadilly Circus and will uncover how sometimes, tour guides, guidebooks and London locals don’t always get their history wrong. This cautionary tale involves one of London’s most famous landmarks – and proves that Londoners never call anything by its proper name! We will also explore how a modern Italian restaurant, which hides its beautiful neo-byzantine decor, is linked to a wide range of TV shows and the worlds most famous consulting detective.

The Cavendish London Hotel After walking down Piccadilly, where you will be told all about Hatchard’s, Simpson’s, and Fortnum and Mason stores that are linked to writers, politicians, and royalty we will stop briefly outside the new Cavendish Hotel, and discover the sordid past of this London landmark. While the old hotel famous for the ‘Duchess of Jermyn Street’ – Rosa Lewis, may be gone, the new hotel gets its name from its scandalous predecessor which had linked to Edward VII and Winston Churchill!

Berry Bros. & Rudd Berry Bros. & Rudd is another fine and grand British institution. Famous throughout the world as the Queen’s wine merchant (they have supplied the Royal family’s cellars for generations!). Its beautiful 17th-century store is a sight to behold, as is their modern shop where you can pick up a tipple (if you fancy) for later in the tour. Please note that the consumption of alcohol is permitted during the tour but is done so at your own risk. If you wish to treat yourself and have a drink whilst we travel to Windsor by train we highly recommend purchasing disposable glasses in advance and check out Berry Bros and Rudd’s website prior to the tour so that you can make an informed decision when we arrive at the store.

St. James’s Palace St James’ Palace is where the royal part of our tour begins. Here your guide will explain the history of the building, which dates back to the reign of Henry VIII, its historical inhabitants and its current uses. From here we will also witness our fist part of the Changing of the Guard ceremony before heading down The Mall towards Buckingham Palace.

Buckingham Palace It is from the streets surrounding Buckingham Palace that we will watch the Changing of the Guard ceremony. It is during this spectacular military procession that the Queen’s footguards change for the day. Usually accompanied by a military band playing a range of music (sadly on inclement days this is not always the case) including military marches and modern pop classic, your guide will explain which regiments of the British Army are marching, which bands are playing, and why this ceremony is so important. Sadly due to time constraints, we will not be able to watch the whole Changing of the Guard ceremony (the whole ceremony takes over an hour) but we will see the highlights, including the guards arriving at Buckingham Palace from Wellington Barracks.

Downing Street Whitehall is the home of the UK’s government. As you wander down Whitehall our guide will tell you all about the various government departments, the statues of famous faces, and the memorials to the brave men and women who made great sacrifices during the First and Second World Wars. It is at Whitehall where we are able to get a brief glimpse of Downing Street, the official home of the British Prime Minister. While it is not always possible to see No 10, due to crowds, your guide will do their best to ensure you get the best possible view while they explain the history of the street, and the office, title and role of the British Prime Minister

Westminster, Westminster is home to the British Parliament, which is sometimes called the mother of all parliaments. Rebuilt by Sir Charles Barry during the reign of Queen Victoria, this iconic building will be seen up-close and offers clients the chance to learn a little bit more about the UK parliamentary system, its’ past and current struggles with those in power, and how Queen Elizabeth II clock tower is usually known by another name.

Waterloo mainline station Once at Waterloo we will have a limited amount of time to use the facilities and purchase any refreshments that you may require. While we highly recommend that you bring a packed lunch with you to eat on the train, there should be time to buy a quick cup of coffee before boarding our train to Windsor. Return tickets to Windsor are included as part of the price of the tour, as are entry tickets to Windsor Castle. Once the train departs Waterloo, you will have the chance to sit back and relax, enjoy the countryside, eat your lunch (please note that the consumption of alcohol is permitted on the train and during the tour. If you wish to treat yourself, we highly recommend the Champagnes and sparkling wines at Berry Bros and Rudd!) and chat to your guide whilst they explain some of the landmarks (including Mi6’s Headquarters) that are visible from the train. Once at Windsor your guide will escort you off the train, through Windsor Train Station and up to Windsor Castle.

Windsor Castle Once at Windsor Castle we will head straight for St George’s Chapel, which closes earlier than the rest of the building. After this, your guide will help you explore the oldest lived-in castle in the world, which is home to the current British Monarch Elizabeth II. Full of history, amazing artefacts and beautiful grounds, you will have approximately 3 hours to explore the Castle (including some time to explore without your guide) before we head back to London. Those clients wishing to stay for Evensong at St George’s Chapel at 17.15 are able to do so, but please confirm this at the time of booking, so we can ensure that your guide gives you your train tickets back to London. If the whole group wishes to stay for Evensong then the guide will leave you at the start of the service. Otherwise, they will escort you back to London via train and show you either to the Underground Station within Waterloo Station, or the Taxi rank so you are able to return to your accommodation