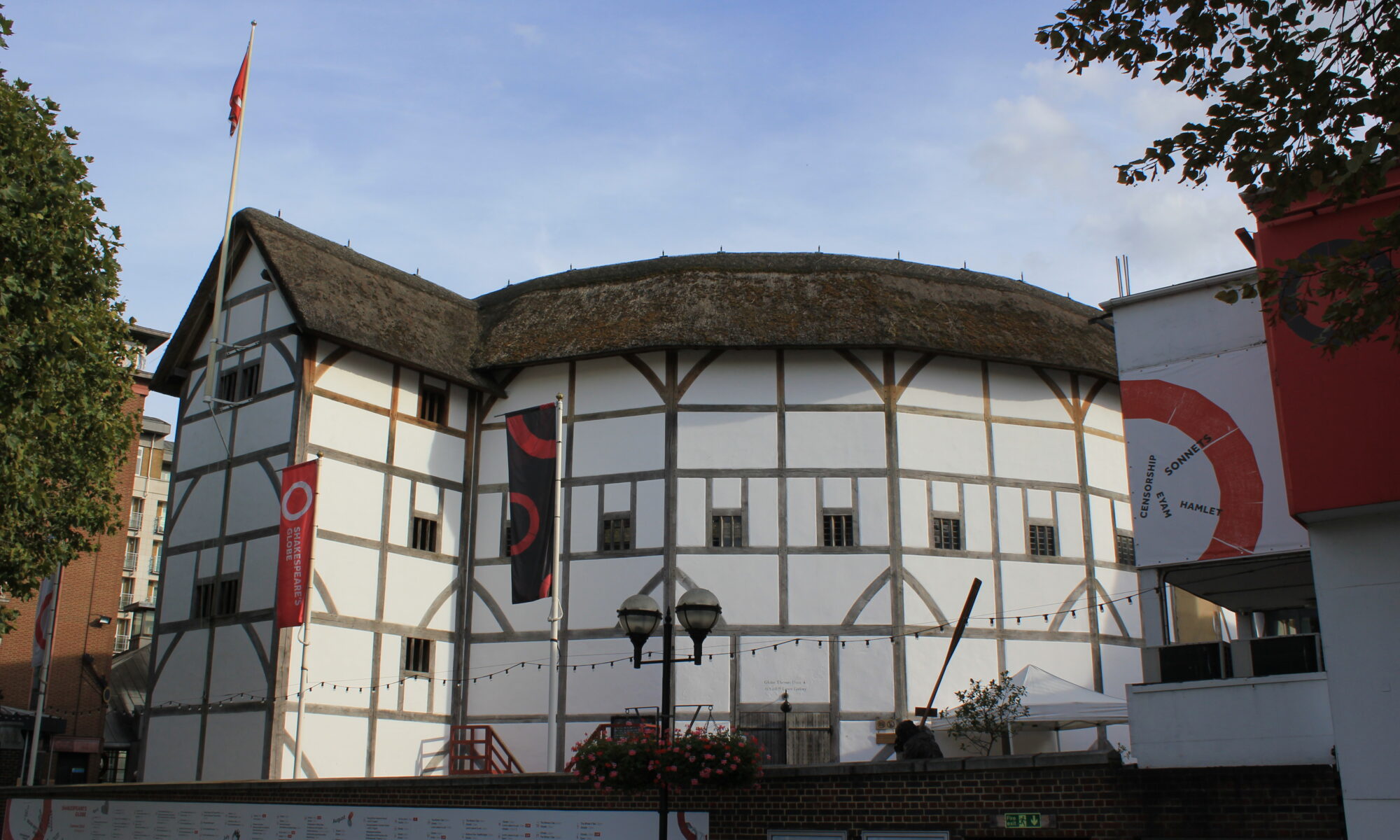 “All the worlds a stage, and all the men and women merely players” –  As You Like It, Act II Scene VII

Led by one of our fantastic guides, who are not only experienced tour guides but actors or directors who trained at some of the finest drama schools in the world including the prestigious Royal Central School of Speech and Drama, this tour is not to be missed!

Starting at Farringdon Station we will explore locations that Shakespeare would have been familiar with and which are still left standing after the great fire of London and the London Blitz. We will also explore areas of London, which although much changed, inspired Shakespeare and allowed him to progress from being the son of a glove maker to a servant of the King. During the tour we will learn how Shakespeare became the ‘immortal bard’, debate if Shakespeare wrote the plays we credit him with and explore why Shakespeare’s works are still enjoyed and celebrated in the 21st Century.

Please note that due to the distance between locations the tour will use public transport between Barbican and Aldgate Underground Stations.

Book Online Now
Shakespeare Memorial
Visit the Shakespeare memorial, which not only commemorates the greatest playwright and poet, but also the people who published his works.
Shakespeare's Globe Theatre
Find out about the reconstruction of this Elizabethan Theatre, and the American who had the vision to see it rebuilt.
William Shakespeare
Shakespeare is still one of the most important people to have ever lived in London.
The Blackfriars Gatehouse
Was Shakespeare gay? Was he a secret catholic? find out more on our Shakespeare Walking tour.
Clerkenwell Gate
Home to the Master of Revels, this is one of the few places still standing which William would have visited.
Olivier as Hamlet
Discover why Shakespeare has endured for 400 years, and why being a Shakespearian actor is considered the gold standard of any stage actor.

Southwark Cathedral Southwark Cathedral is where William’s younger brother Edmund is buried. Like William, Edmund wanted to become an actor but sadly died in London. Whilst enjoying the view of one of the best examples of Gothic architecture in the capital, your guide will explain why Edmund followed his brother and why London was a perilous place to live in the 16th Century.

College of Arms The College of Arms is the organisation that granted John Shakespeare (William’s father) a Coat-Of-Arms, making them respectable. It was this respectability, which some at the time, was questioned, which helped advance Shakespeare’s social-climbing ambitions. But was Shakespeare the working-class genius we think he was? Or was Shakespeare, like some of his rivals, just another posh boy

Clerkenwell Gate is one of the few places left in London that is pretty much as it was when William Shakespeare was alive. Today it is home to the Order of Saint John, but Shakespeare would have known it as the office of the Master of Revels, AKA the official censor. Why were plays censored during a time which is often considered a golden age of theatres and new writing? And why did Shakespeare repeatedly re-write history to get his plays performed? Your guide will reveal all.