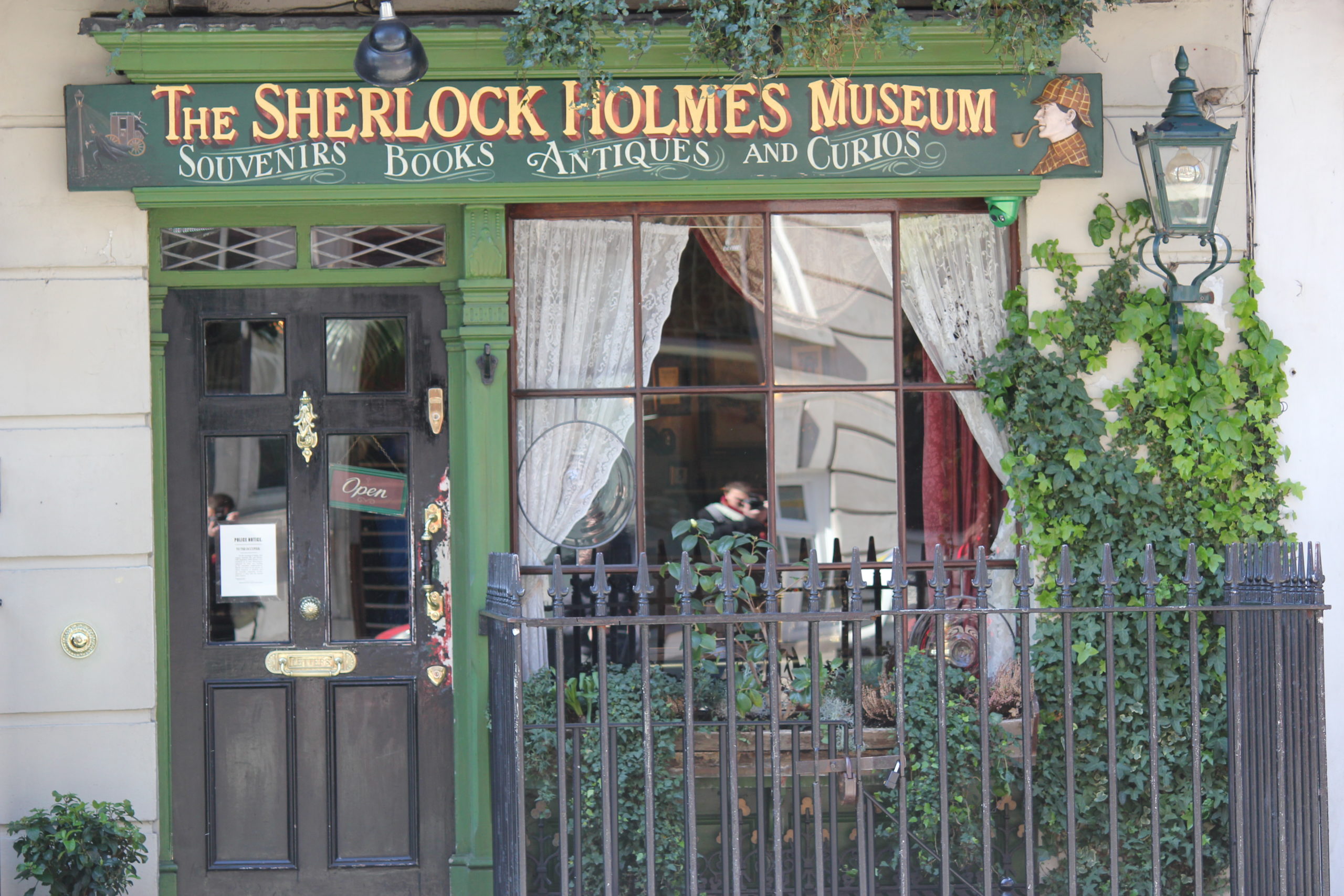 “I naturally gravitated to London, that great cesspool into which all the loungers and idlers of the Empire are irresistibly drained” – Dr. John Watson, A Study in Scarlet.

Follow in the footsteps of the world’s first and greatest consulting detective Mr Sherlock Holmes. Visit locations that inspired and appeared in the original stories by Sir Arthur Conan Doyle, learn how Sherlock Holmes became one of the greatest literary figures of all time and see some of the many film and TV locations linked with the greatest of all detectives.

Piccadilly Circus The Criterion Bar and Restaurant, now Granaio Piccadilly, is where the name Sherlock Holmes is first mentioned in The Study In Scarlet. This famous London landmark may no longer be as Conan Doyle knew it, but it is still worth visiting and seeing the décor, surroundings, and ambience that inspired Sherlock’s creator.

Downing Street As we stop at Downing Street you will learn about Sherlock’s links to the British Government, how Conan Doyle’s fictional Prime Minister Lord Bellinger bears a striking resemblance to a one of the UK’s real leaders, and how Sherlock’s brother Mycroft is an integral part of the British establishment.

Trafalgar Square Famous as the memorial to Britain’s greatest naval victory, discover how Trafalgar Square has been used in two very different, but very popular TV adaptations of the classic Sherlock stories and how this location links three very different portrayals of the famous detective.

Sherlock Holmes Pub a favourite with Londoner’s and Tourists alike, found out how this famous pub got its name from one of the most famous Sherlock cases – The Hounds of the Baskervilles.

Saint Bartholomew’s Hospital is the oldest hospital in Europe, having been founded in 1123, and having been on the same site ever since. Surviving the Great Fire of London and two World Wars discover how Dr Watson’s alma mater, was used in both the original stories and the hit BBC TV series ‘Sherlock’. Best of all, you’ll be hearing all this from someone who studied their Masters in Science at Barts and who can reveal what it’s like being a student at one of the most illustrious medical schools in the world!

North Gower Street North Gower Street doubles as Baker Street in the hit BBC TC Series Sherlock staring Benedict Cumberbatch and Martin Freeman, Speedy’s Sandwich Bar & Cafe sadly is no more, but you can still stand outside the famous door, through which the most modern Sherlock stepped.