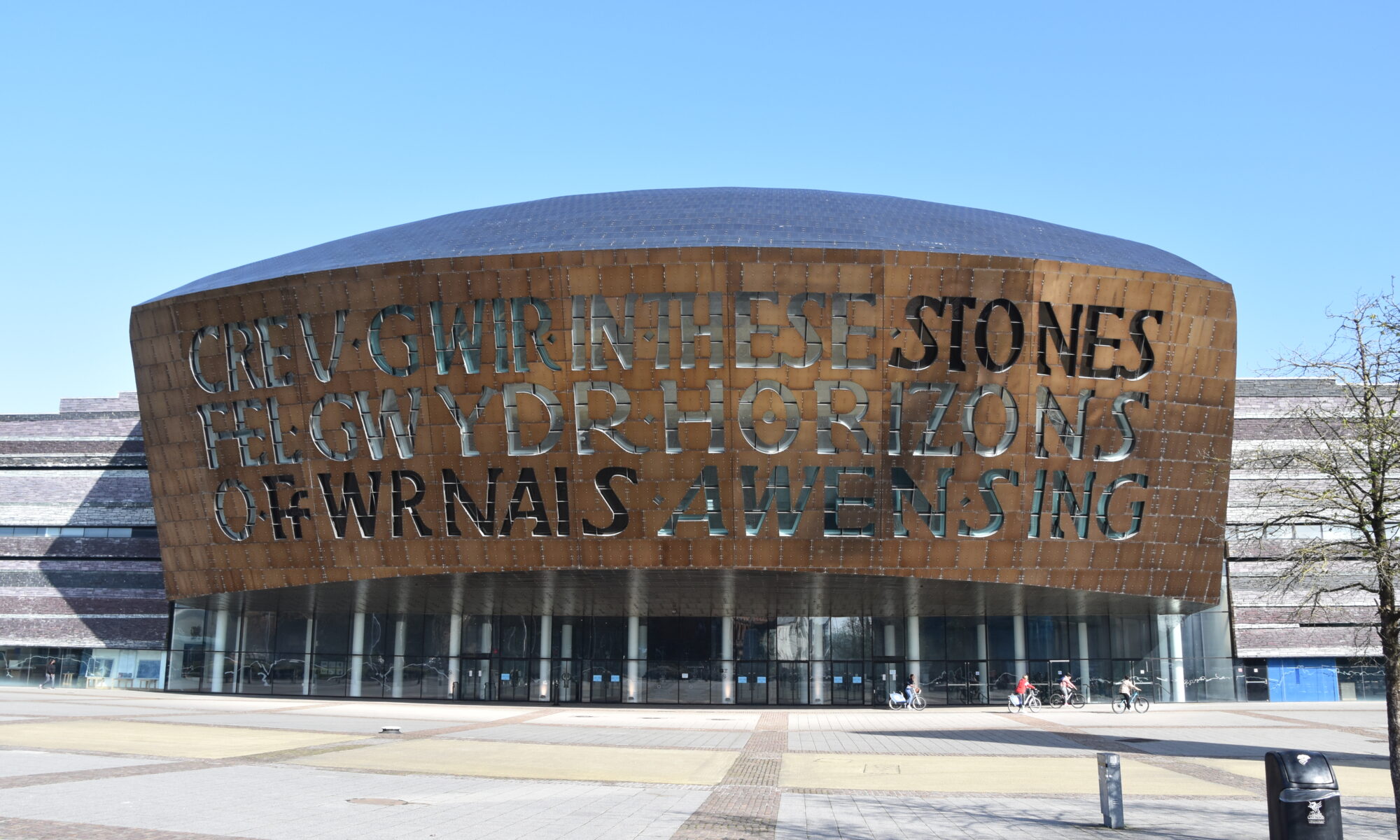 Explore the home of 'new' Who

This tour is perfect for those of us who live, breath, and love Doctor Who! Led by a Whovian, who loves Doctor Who as much as you do, this tour promises not to disappoint. Starting with a walking tour of Doctor Who locations in Cardiff City Centre, during the afternoon portion of the tour your driver/guide will take you out of the city to some of the most iconic new Who locations including the famous (and tear-jerking) Bad Wolf Bay. During your tour, not only will you explore the filming locations and how they are used in the BBC’s hit TV series, your guide will also explain the history, and importance, of the locations which you are visiting. Along the way you will visit the National Museum in Cardiff, St John’s Church (the oldest church in Cardiff) and a whole Tardis load of locations.

Book Online Now
The Wales Millennium Centre
The WMC has been used in multiple episodes including 'New Earth' and 'Vincent and the Doctor'
Cardiff Bay
Home to Torchwood, and a Tardis load of locations, Cardiff Bay is a must visit for any Whovian.
Ianto's Shrine
Ianto's Shrine is a place of pilgrimage to this day.
The Senedd Cymru
The Senedd, as it is called by locals, has been used in both Doctor Who and Sherlock - but which monstrous episode did it appear in?
Cardiff Castle
Cardiff Castle, the onetime summer home of the Marquis of Bute, is one of the most seen locations in Cardiff.
Dunraven Bay
Used in episodes such as 'Dinosaurs on a Spaceship', and 'Time of the Angels' Dunraven bay is a stunning part of the heritage coast.
Dunraven Bay aka Bad Wolf Bay
Dunraven Bay, or Southerndown as its known also doubles up as Bad Wolf Bay in the tear-jerking episode 'Doomsday'
Ruth's flat from 'Fugitive of the Judoon'
Explore locations from the latest series of Doctor Who on our fantastic tour!
Walk in the footsteps of a Doctor
Walk along the same canal as Ruth Clayton and discover how the Doctor Who team mix and match locations from across the UK to make the hit TV series.
The War Memorial from Human Nature
Explore a whole host of locations from all the series of 'New' Who.

As we want you to see Bad Wolf Bay at its best during low tide, the route of the tour is subject to change.  However, all these locations, and many more, will be visited during the tour.

Cardiff City Centre, starting with a pick up at your accommodation, most tours will start by exploring the Welsh capital, Cardiff, on foot. This gives us access to some of the stunning historic buildings in a city centre which is heavily pedestrianised. Along the way we will see locations from a range of Doctor Who episodes including the very first episode ‘Rose’, and how the Doctor Who team managed to film in the centre of Cardiff with the ‘pop princess’ Kylie Minogue without anyone disrupting the filming.

National Museum Cardiff, The National Museum Cardiff has appeared in numerous episodes of Doctor Who, Sherlock and other film and TV productions set and filmed in Wales. Home to one of the best collections of Impressionist and Post-Impressionist Art in the world, it is worth a visit even before you consider its links to Doctor Who! During your visit to the National Museum, your guide will show you some of the highlights of the collection, including works by Monet, van Gogh, and Cézanne. Your guide will also point out where the painting ‘Gallifrey Falls No More’ was placed in the gallery during the filming of the 50th-anniversary episode ‘The Day of the Doctor’.

Please note that the Museum is closed on Monday’s and so tours booked on Monday will be unable to visit the interior of the museum. To compensate for this we will add several alternate locations to the tour.

Cardiff Bay is not only home to the BBC Roath Lock Studios where Doctor Who is filmed, but it also one of the most heavily used areas in Cardiff when it comes to Doctor Who filming. This stunning part of the capital is full of Doctor Who locations including:

The Wales Millennium Centre, possibly the most iconic building in Cardiff The Wales Millennium Centre is home to several resident arts organisations, including the BBC National Orchestra of Wales and the BBC National Chorus of Wales (both of which regularly provide music for Doctor Who). Used as a major location in several episodes of Doctor Who, most Doctor Who fans will recognise this building from its appearance in the episode ‘New Earth’. Also used as a location in “The Sounds of Drums”, “The Girl Who Waited” and “Vincent and the Doctor” your guide will explain what the filming crews love so much about this location, which is literally on their doorstep!

Ianto’s Shrine, Ianto’s Shrine is not only a shrine to the dead fictional character Ianto Jones from the Doctor Who spin-off series Torchwood, but is also a shrine to the fans love of all things related to Doctor Who. At the shrine, you will be able to admire some of the numerous artefacts and items that fans have left behind to commemorate one of the Whoniverse’s most memorable characters, and if you are willing, add your own momento to the shrine. Whilst at Ianto’s shrine your guide will explain how Doctor Who, Torchwood, The Sarah Jane Adventures, and Class have changed the Welsh capital forever and why having an extended universe was so important to Russell T Davies, the man who brought Doctor Who back to our screens.

St Fagans National Museum of History, was voted the Art’s Fund Museum of the Year in 2019 and it is, and always has been, one of our favourite places to visit!  This unique museum is home to historic buildings from across Wales which have been carefully dismantled and lovingly restored onsite at St Fagan’s Museum. Many of these buildings have appeared in a popular Tenth Doctor two-parter ‘Human Nature/Family of Blood’ and part of St Fagins appeared in the season 12 finale episodes “Ascension of the Cybermen” and “The Timeless Children”. Whilst at St Fagan’s we will stop for lunch either in their excellent cafe or if you prefer you can bring your own packed lunch for a picnic within the grounds.

Southerndown/Bad Wolf Bay Southerndown has appeared throughout Doctor Who in episodes including ‘Dinosaurs on a Spaceship’ to ‘The Time of the Angels’. However, most people will recognise Southerndown as Bad Wolf Bay from the highly emotional ‘Doomsday’ where the Doctor says goodbye to Rose from across the void. In good weather, you will have time here to explore the beach, which forms part of the heritage coast and if you are feeling brave, you might even be able to dip your toes into the waters at this award-winning beach!