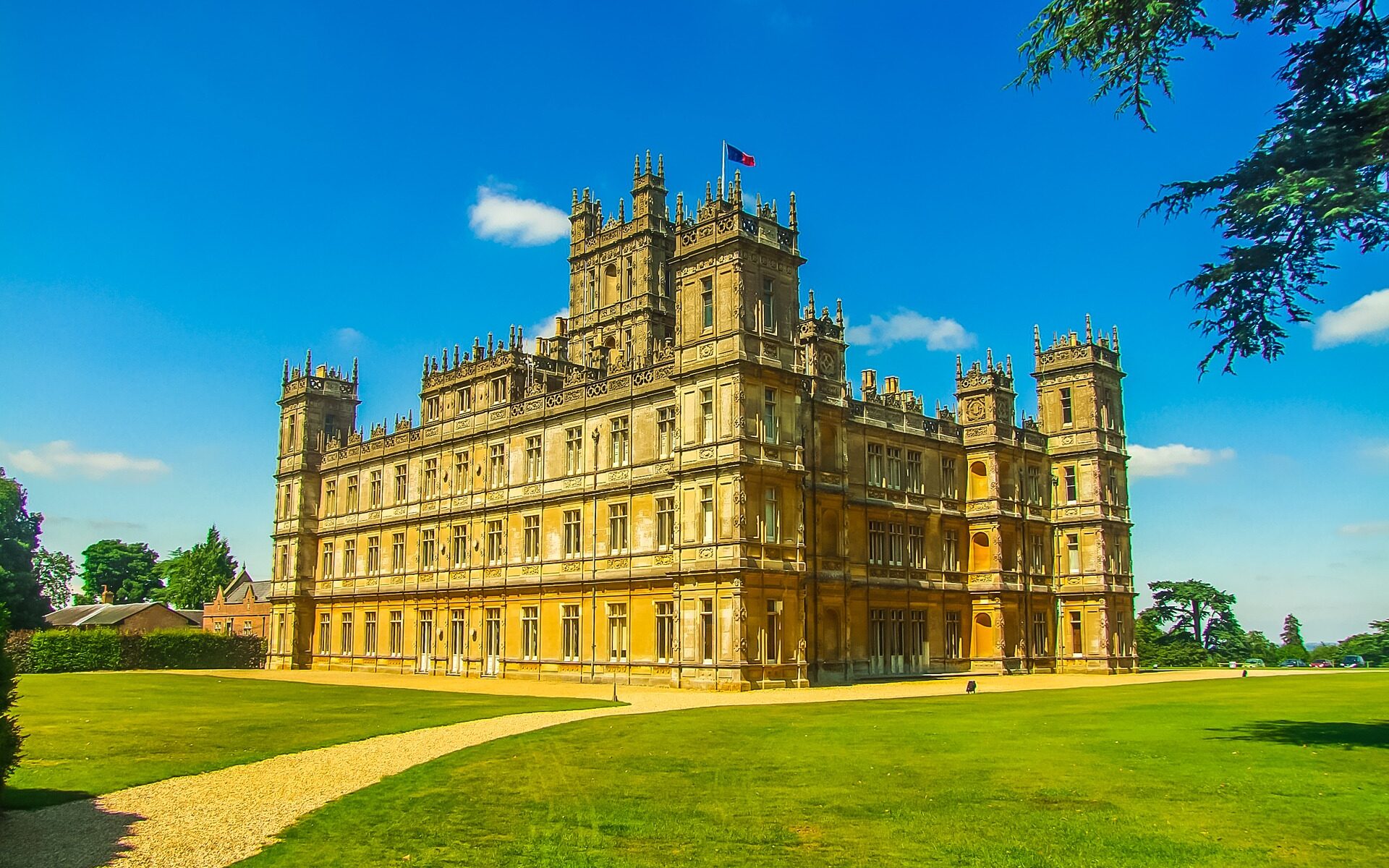 A Delightful Downton Day Out.

This tour is perfect for any fan of Downton Abbey as it takes in more of the filming locations than most other day tours. With entry to Cogges Manor Farm and Highclere Castle’s House and grounds included in the tour cost, as well as Bampton, Swinbrook, and Shilton, this is the ultimate one-day Downton Abbey experience. Starting and finishing at your London hotel or selected pick up point, the tour makes it easy for you to explore the world of Downton Abbey and the history and filming experiences of the locations that you will visit.

With an expert guide with over seven years of experience in delivering Downton Abbey tours who is also incredibly passionate about the series, all of your questions will be answered by the time you return to London. While on our tour, you will also learn some behind-the-scenes secrets of how the series was filmed and, if you are lucky, meet some of the people who live in the places Downton Abbey also calls home.

Book Online Now
Cogges Kitchen Garden
In the stunning grounds of Cogges, your guide will explain why the Cotswolds are one of the most visited areas in England.
The Kitchen at Cogges Farm, as seen in Downton Abbey
Cogges doubles up as Yew Tree Farm in Downton Abbey. Home to Mr and Mrs Drew it became a major location from series 4 onwards.
Asthall Manor, and St Nicholas Church, in Asthall.
Not only is this stunning village linked to Downton Abbey, but it was also home to the famous (and infamous) Mitford sisters.
Churchgate House in Bampton
Churchgate house in Bampton doubles as the exterior of Crawley House in Downton Abbey.
St Mary The Virgin Church in Bampton
St Mary's Church is where Matthew and Mary, Edith and Bertie, and Mary and Henry married during the 6 seasons of Downton.
Highclere Castle, The Real Downton Abbey
Explore this iconic Neo-gothic building and learn how, and why Dowton Abbey filmed here.

Cogges Manor Farm Cogges Manor Farm doubles up as Yew Tree Farm in Downton Abbey. Originally home to Mr and Mrs Drew, who take in Lady Edith’s illegitimate daughter Marigold, Yew Tree Farm is now in the hands of Daisy’s father-in-law Mr Mason. Seen throughout series 4, 5 and 6 of Downton Abbey, this location is very close to all our guides hearts (if we’re honest, it’s most of our guides favourite place on this tour) and plays a significant part in Lady Edith’s storyline. When at Cogges, you will be shown around the Manor farm by our expert guide, be taken to the rooms and grounds used throughout Downton Abbey and told the history of Cogges Manor Farm. You will also have time to watch Cogge’s own behind the scenes Downton documentary all about filming at the farm and enjoy, should you wish, some of the light refreshments available. After exploring Cogges, your guide will take you for a drive to some of the lesser-known Downton Abbey locations before driving you to the beautiful village of Bampton.

Swinbrook Swinbrook is home to the Swan Pub, one of the best pubs in the country. Sadly, due to time limits on the tour, we cannot stop here for any length of time, but it’s still worth a visit as this is the pub that Branson and Lady Sybil elope to in series 2. It also has aristocratic links of its own, having been a favourite of the late Dowager Duchess of Devonshire (the late Deborah Cavendish, nee Freeman-Mitford) who grew up in the nearby Asthall.

Shilton Shilton is a stunning picturesque village, and it’s no surprise that the producers of Downton Abbey decided to film a brief but memorable sequence here. Standing in for the Yorkshire village of Kirkbymoorside, this idyllic village was seen in series 2 of Downton Abbey when Anna discovers where Mr Bates has been working after he leaves Downton.

Bampton Bampton is Downton Village! Seen throughout the six series and one film of Downton Abbey, many of us can walk through Bampton’s filming locations with our eyes closed, thanks to how many times we have seen our favourite characters walk its streets. Home to the village hospital (in reality, the local library and a visitor centre which we will visit as part of the tour), the local church (where Lady Mary marries both Matthew and Henry Talbot, and where Edith is both jilted at the altar and marries the man of her dreams – Bertie Pelham), Crawley house where Matthew and his mother Isabell live, and of course the Grantham Arms and Dog and Duck Pubs – which are private, not public houses – Bampton is a place like no other. While in the village, your guide will tell you all about the filming for Downton Abbey, how the local community has responded with being constantly flooded with tourist from across the world and will assist you in taking as many Downton themed photos as you can.

Highclere Castle Highclere Castle is famous throughout the world as the real Downton Abbey. Used as one of the filming locations for the hit TV series and film, this gorgeous stately home is a must-see for any fan of the series or anyone interested in exploring one of the most beautiful stately homes in England. Currently home to the 8th Earl of Carnarvon and his family, the House is open for a limited period every year throughout the spring and summer. Upon arrival at Highclere, your guide will secure your entry to the House, and Grounds enables you to see everything the House has to offer. Once inside the House, you will be able to view the rooms on the ground floor and first-floor levels, all of which are seen in Downton Abbey before exploring the Egypt exhibit, which charts the 5th Earl’s exploits with the famous Egyptologist Howard Carter and their discovery of the tomb of Tutankhamun. Finally, you will have time to explore the stunning grounds before returning home.